Development team wants to build 5,000 apartments on San Diego sports arena site – with or without arena 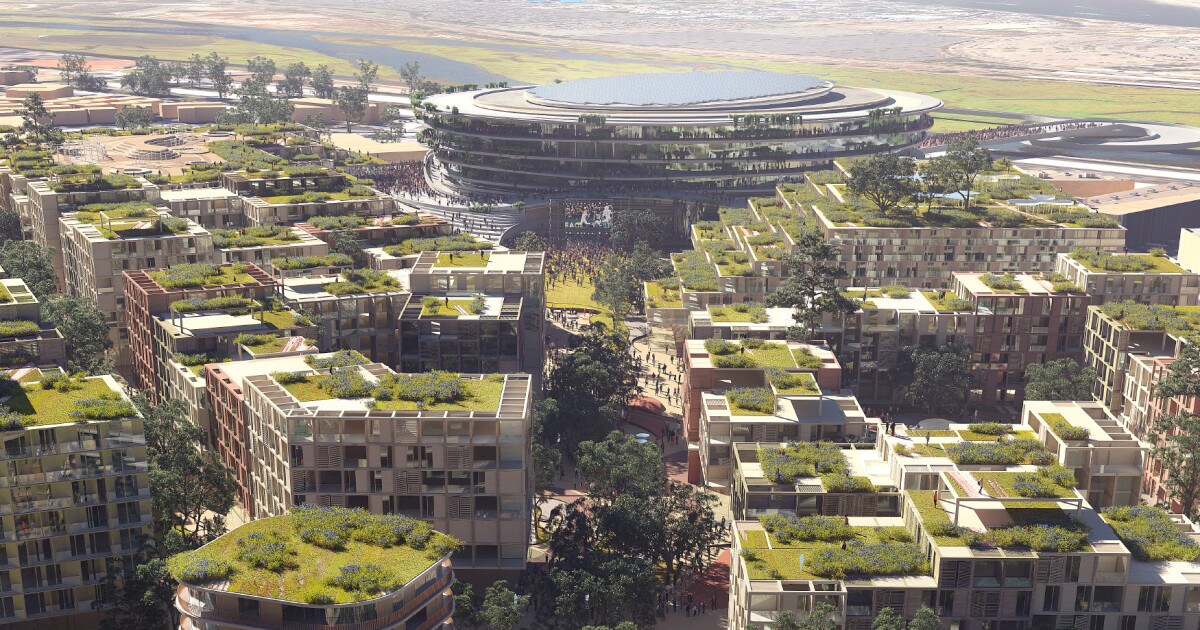 Four San Diego-based homebuilders plan to fill the city’s 48-acre sports arena site with up to 5,400 apartments, bumping up against — and potentially exceeding — zoning restrictions in a business-centric neighborhood. parking lots and warehouses where houses are mostly non-existent.

The group is one of five teams competing to win long-term ground lease and development rights for San Diego real estate at 3500, 3250, 3220 and 3240 Sports Arena Blvd. in the Midway district. The property includes the city-owned sports arena, which was built in 1966 and has long served as the home of the San Diego Gulls professional hockey team.

San Diego is currently negotiating with bidders who have been tasked with submitting site redevelopment plans with at least 25% of proposed housing units set aside for low-income families. Teams were also asked to include a new or greatly improved sports arena.

“The heart and soul of (Neighborhood Next) is housing and the opportunity it provides,” said Zachary Adams, who is senior vice president of development at The ConAm Group.

In other words, the concept is fluid when it comes to a sports site.

Neighborhood Next proposes to redo plots in the style of San Diego’s Little Italy, where a plethora of apartment buildings in a variety of heights and designs bring to life a wealth of street-level activity, teeming with dining and shopping options, where pedestrians and cyclists have priority.

A central path, called GreenLine Promenade, would extend the length of the project, weaving a wider web of open space and transporting people from the eastern edge of the property to the San Diego River.

In total, the group is designing a site of 4,800 to 5,400 apartments, up to 300,000 square feet of retail and office space, a dedicated community building that can house a school or library, and one or two hotels.

Everything comes together, with or without an arena, in a neighborhood where at least 25% of the apartments — that is, 1,200 to 1,350 units — are reserved for low-income families. Mid-income and market-priced apartments are also part of the mix, although the exact breakdown of units was not provided.

Neighborhood Next tackles the arena requirement in the form of a multiple-choice question for city officials. Does San Diego want a new 16,000 seat waterfront arena on the northwest corner of the venue? Or would the city prefer a recycled sports arena, embellished to match the neighborhood? Alternatively, what if there was no arena at all, and it was being considered for another location yet to be determined?

“We wanted to at least paint a vision of what this site might look like if the community and the city thought the arena was better located somewhere else,” Adams said.

The offsite arena wager, covered by the team’s other two arena options, relies heavily on land use restrictions imposed by the state of California. The city’s land, which was officially designated earlier this year as “surplus,” must be disposed of in a way that favors affordable housing builders, under new rules associated with the Surplus Land Act. The law dates back to the 1980s but was amended in 2019 to ensure that local agency land offered for sale or rental is made available for affordable housing, i.e. subsidized units reserved for families earning 80% or less of the region’s median income.

Although the exact heading is unknown, development proposals will be ranked by the percentage of affordable housing they offer, the total number of affordable units included, and their level of affordability.

“The other teams are trying to set up an arena development in what is supposed to be a housing first (project). We wanted to align with what (housing first) really means,” said Sean Spear, president and CEO of Community Housing Works. “Housing is the priority, but there is room for an arena. From our point of view, we wanted to approach the question of the arenas with the city as a partner.

This is why the development team of Neighborhood Next clearly lacks an arena builder. Instead, the group hired Crossroads Consulting to help facilitate the conservation of the arena. The St. Petersburg, Florida-based company has worked alongside numerous municipalities to study the feasibility of arena and stadium projects. The company is, for example, a frequent economic advisor to the Maryland Stadium Authority and in 2018 studied the viability of a new sports arena in downtown Baltimore. Instead, the existing Royal Farms Arena will undergo a $150 million renovation paid for by Oak View Group and Kevin Durant’s Thirty Five Ventures.

Pushing the arena elsewhere likely frees up space for more houses. The team’s housing component is considering more units than the city has previously stated allowed on the site. The solicitation stated that the sports arena parcels are zoned for a total of 2,112 units. Developers can double the amount and build up to 4,224 units if their plans include affordable units between 600 square feet and 800 square feet.

The proposed density is significant and uncommon outside of downtown San Diego.

Today, the entire Midway District has fewer than 2,000 homes and is home to approximately 4,600 people. A 2018 update to the area’s community plan allows for a potential population boom of 23,660 people. Yet most San Diego projects promising large multi-family developments are spread over properties with significantly more square footage. The Riverwalk project in Mission Valley, for example, will introduce up to 4,300 apartments and condos, for construction, on a 195-acre site. And San Diego State’s Mission Valley Campus, which includes the new Snapdragon Stadium, is calling for 4,600 residential units on the 135-acre former Qualcomm Stadium site.

Neighborhood Next works with Danish design studio Gehl for a European approach to density.

“We hired…the most sophisticated urban design firm working in the world today and they design healthy and efficient urban environments,” said Andrew Malick, Founder and CEO of Malick Infill Development. “So when you say, ‘Oh my God, how do you set up all these houses here? They do it all over the world, we just aren’t used to seeing what healthy density looks like.

The vision also capitalizes on the developers’ ability to erect towers that exceed the Midway District’s 30-foot height limit. Last year, voters in San Diego overturned the restriction, but a legal challenge recently overturned the victory at the polls, presenting a hurdle for Neighborhood Next and other sports arena venue bidders.