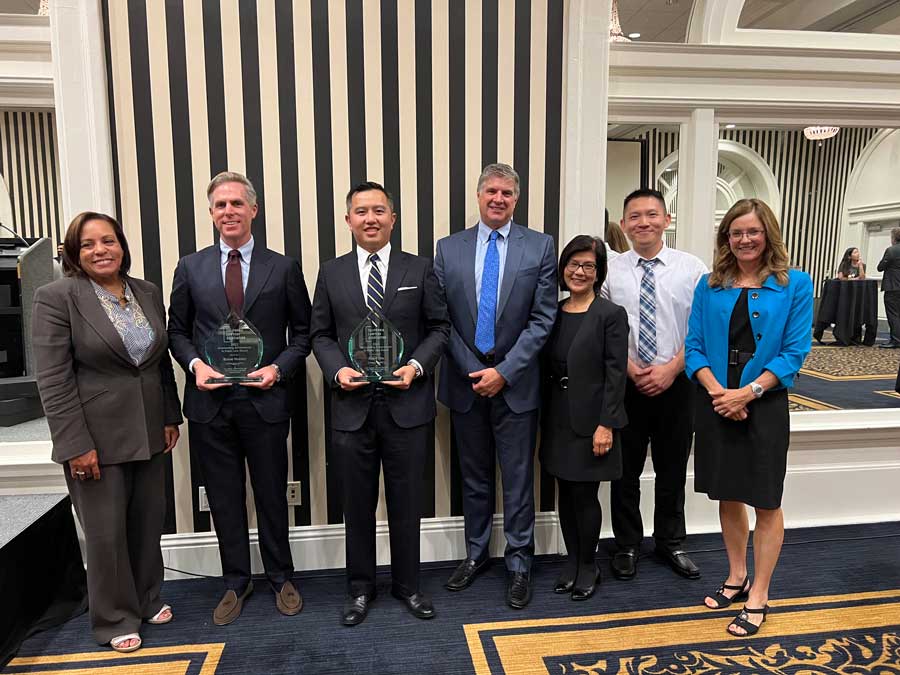 On October 3, the California Lawyers Association (CLA) presented its 2022 Outstanding Achievement in Public Law (OAPL) award to the DFPI’s Real Estate Educational Services (REES) task force. The REES team led a landmark task force of 45 state agencies in conjunction with the Conference of State Banking Supervisors (CSBS) to uncover qualifications fraud by more than 600 mortgage originators nationwide national. The investigation determined that Real Estate Educational Services (REES), owned by Danny Yen, knowingly conducted an educational fraud scheme in which he distributed course completion certificates to licensees for courses they did not have not followed or completed.

The task force team’s innovative use of resource sharing and the creation of a nationwide settlement process resulted in over 500 settlements with involved loan originators. Loan originators in more than 40 states have agreed to pay about $1.2 million in penalties, take additional training and give up their licenses for a period of time. DFPI has entered into disciplinary agreements with more than 170 licensees and revoked nine loan originator licenses. The DFPI and other financial agencies continue to push forward disciplinary proceedings against originators of unsettled loans.

Additionally, in settlement of an administrative action brought by the DFPI in coordination with the Maryland and Oregon actions, Danny Yen and his family members have agreed to cooperate with financial agencies and testify against the initiators of unsettled loans involved. The Yen family further agreed to a lifetime restriction on direct and indirect involvement with companies that provide mortgage-related training. In addition to a monetary penalty, the Yen family agreed to a non-compliance penalty of $15 million if they do not fully cooperate with the financial agencies’ investigation.