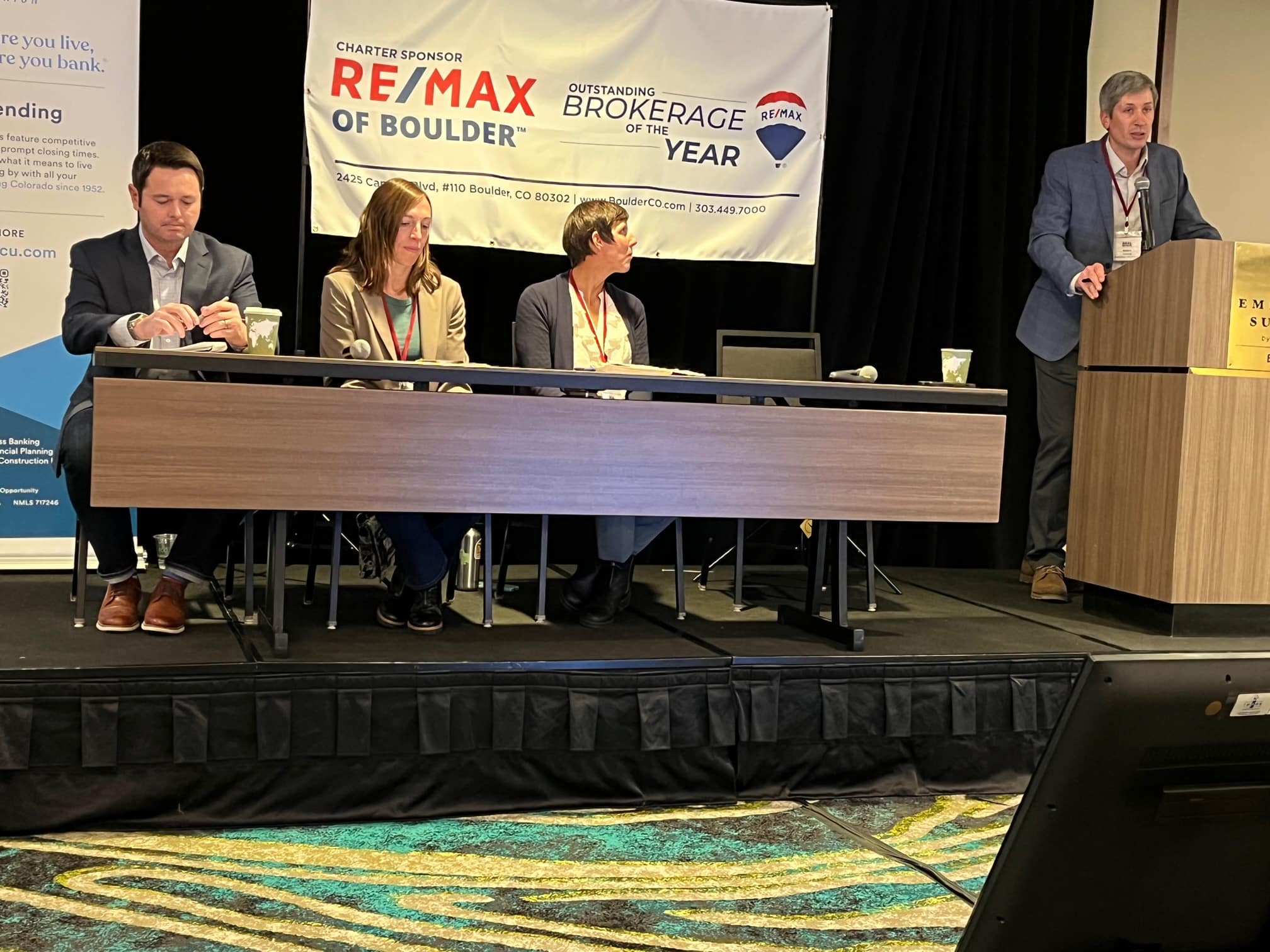 Communities can expect to hear calls for more storage as the population continues to grow in a warming world.

This is because in addition to these two factors in the American West, the region is losing its largest storage “facility” – if that term can be used to describe it.

Attendees at Thursday’s Boulder Valley Real Estate Conference, a BizWest event held at the Embassy Suites hotel in Boulder, heard from water experts who detailed the financial impacts of climate change on the real estate industry , which must increasingly take into account the cost of water in the price of houses.

Kim Hutton, water resources manager for the city of Boulder, said warming temperatures mean more of the region’s precipitation will fall as rain instead of snow. “The snow serves as a reservoir, so without that reservoir we’ll have to develop more storage,” Hutton said.

Rain, on the other hand, flows along waterways and, if not captured, will leave the state, although the state’s water users may have the right to utilize.

“In this region, it is difficult to model [the effects of climate change] because of the effects of the mountains. The models show both wetter and drier years in the future. But temperature changes – all models are aligning with a warmer future,” she said.

Hutton said for Boulder, residents should expect a change in the timing of the hydrologic cycle with earlier runoff and higher flows earlier in the season. Models suggest more precipitation in winter, but it will fall as rain, and less rain in summer.

Hotter summers will increase water demand, she said, as crops and other plants will need more water.

“Under climate change scenarios, we anticipate having to restrict non-essential uses, such as landscaping,” Hutton said. Water resource managers will need to modify their operations to take advantage of water when it becomes available.

Adam Jokerst, Rocky Mountain regional manager of WestWater Research LLC in Fort Collins, said population growth is having an immediate impact on water availability and pricing. Water available from the Colorado-Big Thompson Water Project is trading at $100,000 per acre-foot, five times more than 10 years ago. Of the outstanding stock transactions, 83% are for municipal use, he said. Of the sellers, 67% are agricultural interests.

“You may be paying $75 a month on the water bill, but you’re paying $300 a month on your mortgage to pay for the cost of acquiring water,” he said.

Water availability in northern Colorado could be impacted in years to come depending on the outcome of the debate over the use of the Colorado River.

Megan Gutwein, an attorney at Berg Hill Greenleaf Ruscitti LLP, said she anticipated a resolution would occur, but was unable to predict what the resolution might be.

The upper basin states of Colorado, Wyoming, Utah and New Mexico are in a battle of wills with the lower basin – California, Nevada and Arizona. The lower basin uses its total river allowance, and more. The Haut Bassin, for its part, is working to protect its share for its population growth.

“We are at a critical breaking point,” Gutwein said. Lower basin states have had to make cuts and are reluctant to make more. She expects “a plethora of different solutions to come together” to solve the problem. Among them could be a strategy of setting aside part of the agricultural land each year in order to supply agricultural water to the cities. The law firm is engaged in a multi-year study to see if this strategy has potential.

Ted Leighty, CEO of the Homebuilders Association of Metropolitan Denver, said Colorado should hope for a negotiated settlement.