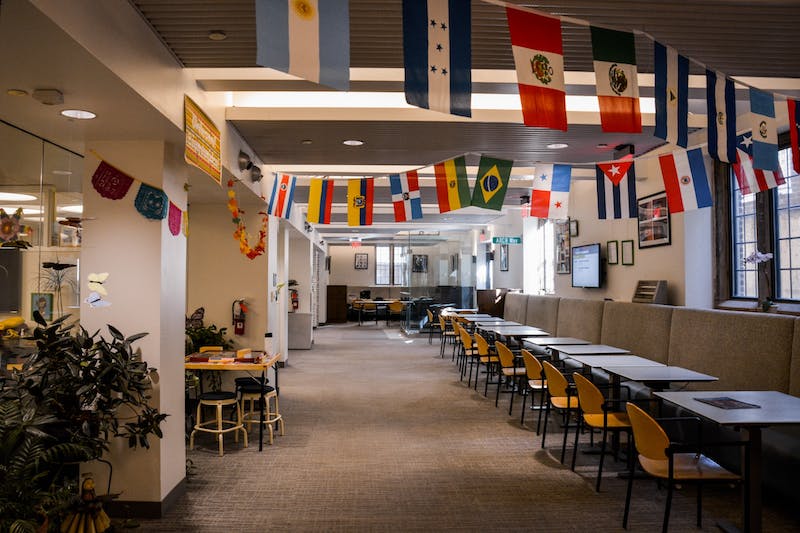 As the new academic year begins, The Daily Pennsylvanian spoke with leaders of Penn’s major minority coalition student groups, known as 7B, about their goals and plans for this semester. .

7B consists of the seven constituencies that center and serve minority students on campus. Formerly known as 6B, the coalition expanded last December to include Penn natives.

After years of campaigning and student advocacy, Penn began renovations to the ARCH building, designating it as the headquarters for 7B and Cultural Resource Centers. However, representatives of the group said they intend to continue fighting to increase cultural spaces for students on campus.

Wharton senior Jessica Liu was first drawn to the United Minority Council because she wanted to have a positive impact on campus; she is now president of the organization.

Liu said one of UMC’s main focus points for this semester is funding. The UMC Board is working to help its constituencies access funding, especially given the creation of the revamped ICF. UMC is also working on adjusting its own internal funding process.

The group also hopes to hold Unity Month this semester, which it hopes will be held in person for the first time since the COVID-19 pandemic began. Unity Month will bring in a keynote speaker and engage community members in cross-cultural and relationship-building activities.

“After the progress made last semester, we try to continue to build a community on campus and help out in any way we can,” Liu added. She also expressed her gratitude to the GIC and her fellow UMC board members.

College senior Nyair Locklear said she never thought she would become a leader of Natives to Penn. However, she was inspired to run for the position after being empowered by the people around her and in the organization.

“I was never really able to embrace my cultural identity until I came to Penn,” she said.

Locklear worked closely with the Penn administration to achieve NAP goals, including recognition of Indigenous Peoples Day at the University academic calendar.

Now a member of 7B, NAP continues to fight for more space after being housed in a room on the third floor of the Greenfield Intercultural Center. Although NAP will soon be moving to the ARCH building, the organization is only recognized as a student group rather than a cultural resource center.

Locklear said it appears the University wants to help NAP become a cultural resource center, but the group does not currently have a full-time staff member. Their current personal adviser, Toyce Holmes, is a volunteer.

“It’s a lot of work and she really loves doing it, and we all love her so much. We really wish she could be supported in this role, given an official title and position in the NAP and be paid fairly for that as well,” Locklear said.

Other NAP goals include increasing the number of full-time Indigenous faculty and staff, improving Indigenous student retention efforts, and working with the admissions office to improve the recruitment of Indigenous students into Penn’s undergraduate and graduate schools.

For Chime Amaefuna, senior and co-president of the College, UMOJA represents the strong black community he didn’t have when he was growing up in King of Prussia, Pa.

“UMOJA goes the extra mile to make sure all black voices on campus are heard,” Amaefuna said. “I wanted to be part of it.”

Along with UMOJA Co-Chair and College Senior Lauren Simmons, Amaefuna spearheaded UMOJA’s involvement in the creation of the ARCH Planning Committee and planned the first black convocation since 2019 – which had been canceled on previous years due to the COVID-19 pandemic.

Amaefuna said he hopes UMOJA can host more events with alumni and community members in West Philadelphia. He also hopes the group can forge a stronger relationship with Penn’s directors.

“I just want more presence in university council meetings, talking with the administration, meeting the president. I feel like it’s the movement towards black voices being heard,” Amaefuna said.

Echoing other 7B leaders, Amaefuna said he envisions space for 7B and cultural resource centers beyond the recent expansion into ARCH.

“We had ARCH reopen, and that was good, but that’s not our end goal. We want individual cultural houses, especially we want a black house for students,” he said. declared.

More than just having the space, Amaefuna added that “it’s something Penn owes to his black students because of his history of how he’s treated black people and his students in the past.” .

Yu said he is seeking support from the University to increase the staff of the Pan-Asian-American Community House. Some of these goals have come to fruition – PAACH recently gained two graduate assistants – however, the search for an assistant director is still ongoing.

Yu added that while the recent reimagining of the ARCH building was important, it was not APSC’s end goal.

“ARCH is not the last step. Currently, it doesn’t really solve a lot of the problems we had before, which is a little disappointing,” Yu said.

During her tenure, Yu helped create a $105,000 fund available to all student groups that center marginalized identities by combining the Intercultural Fund and the Tangible Change Fund, in addition to a grant of $40,000 from the University.

He added that the APSC has been dealing with several “small fires” that have impacted the AAPI community, including the loss of funding from the Penn Middle East Center and the August 31 memorandum from Amy Wax. The APSC is also trying to mobilize Asian voters during the election year and plans to hold an event on October 5 with AAPI organizing groups from Pennsylvania.

“We are serving not only the needs of our constituents, but all of the AAPI folks at Penn,” Yu said.

College junior Rachel Collison got involved in Penn Association for Gender Equity during her freshman year at Penn, became a freshman coordinator during her sophomore year, and is now the group’s president.

One of Collison’s goals for PAGE is community building through programs and events. This is the second year that PAGE has run its pre-orientation program, PennGenEq.

“Creating this safe and inclusive environment for people with marginalized gender identities on campus [is so important],” she says.

PAGE also hopes to develop a relationship with the new administration to ensure that PAGE and the rest of the 7Bs have a seat at the table and that the voices of all of their constituents are heard. The group is also working with the Penn Period Project to distribute menstrual products in bathrooms on campus.

Collison said PAGE — which is housed at the Penn Women’s Center — is dedicated to supporting the ongoing struggle for cultural space on campus.

“We’re really passionate about making sure everyone on 7B has enough space for their needs,” she said. “Expanding ARCH is a great first step, but we certainly don’t want it to be the last step.”

Higher College and Lambda Alliance President Nathalie Marquez said the organization was a “really important part” of her time at Penn. Marquez’s primary goal for the semester is to foster a sense of unity and community among all of Penn’s LGBTQ+ groups.

“My mission before being elected is just to normalize queer groups at Penn, creating that sense of community,” she said. “To really connect within the wider community to make it more accessible to undergraduates who are looking for that community.”

The organization is also currently working on issues with [email protected] pulls out the sex or dead names of transgender and gender-nonconforming students, according to Marquez.

In the past, Lambda has worked to create a plan with Facilities and Property Services to include gender-neutral bathrooms in buildings and continues to advocate for transgender-inclusive health care.

“Becoming president meant in a way repaying this community [that] it had given me,” Marquez said.

Senior College Camila Irabien, the current Latinx Coalition president of external affairs, said she joined the organization as part of her journey to explore what it means to be Latinx in America.

“Latinidad is more than a race. It’s like a culture, and I think it’s important to share it and learn from others,” they said.

Receive our newsletter, The Daily Pennsylvaniandelivered to your inbox every weekday morning.

Irabien ran the Latinx Resource Hub, a centralized online guide with various tools that address common issues faced by students. She has already completed the first part of the guide, which describes how student groups can apply for funding.

During the remainder of his tenure, Irabien hopes to build a sense of community within the Latinx Coalition as well as 7B as a whole. They also hope to strengthen relationships between international and domestic students, as well as bonds with alumni.

“I’m really looking forward to this year. It’s been tough, but I’m really excited to work with my board,” Irabien said.