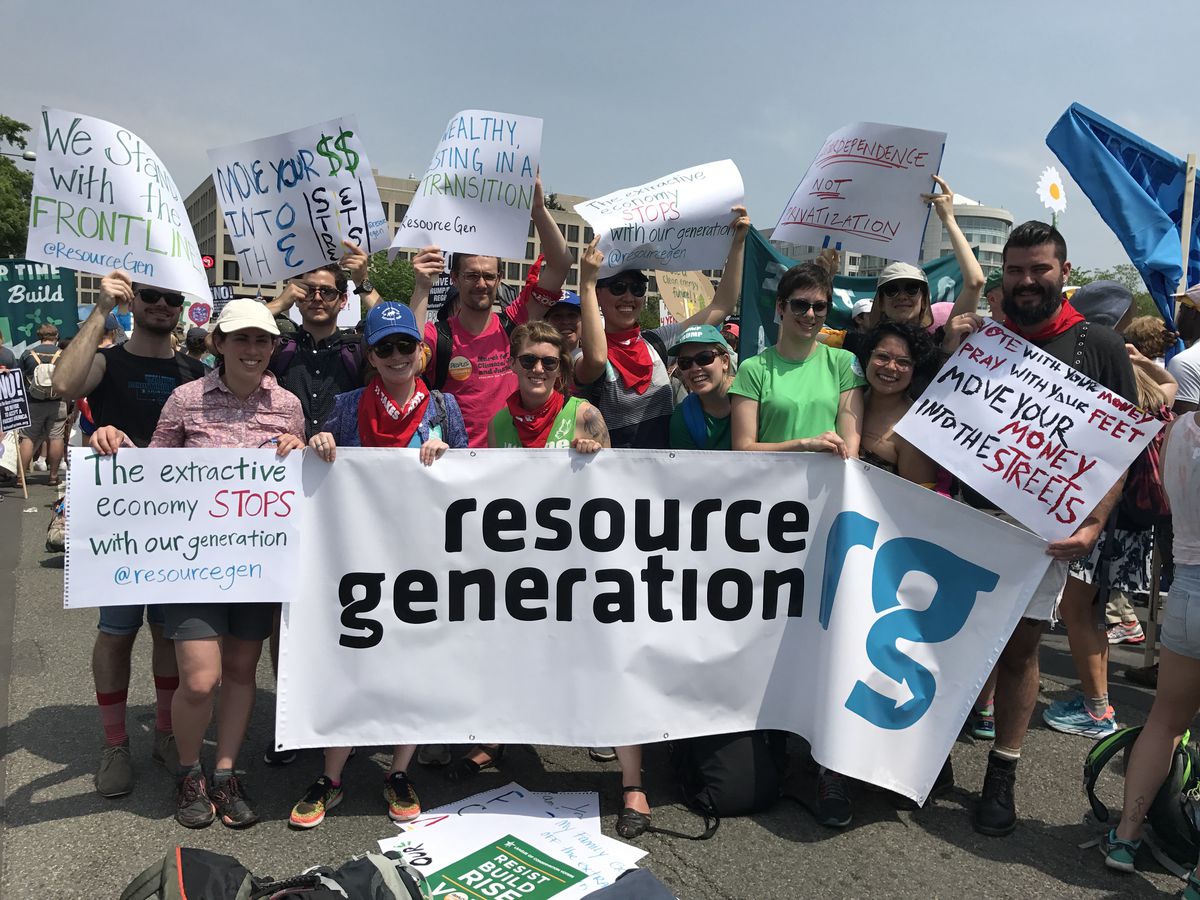 Morgan Curtis grew up in a wealthy English family whose fortune dates back to the colonization of the United States. Even as a child, she was aware of being a privileged person in an unjust world. As a teenager, the youth climate movement showed her that colonialism, white supremacy and capitalism were at the root of the climate crisis. She then realized that her family was part of the problem. “The wealth that represented security for me caused great harm to others. I have decided to completely divest my stock market investments and redistribute 100% of my inherited wealth to social movements and land projects for the benefit of black and indigenous communities,” Curtis told EL PAÍS. She has already given away 75% of her inherited wealth.

Curtis’ activism belies the financial world’s predictions of a huge transfer of wealth from baby boomers to their millennial descendants that will make them the wealthiest generation in history, according to a 2019 Forbes article on the 2019 Family Wealth Transfer report from advisory firm Wealth-X, which predicted that more than $15 trillion ($8.8 trillion in the US and $3.2 trillion in Europe alone) would be passed down through generations around the world by 2030. But not all millennials will inherit the same way. In a world where wealth, not income, produces more and more wealth, the great generational cash transfer is likely to lead to more inequality.

Thomas Piketty wrote in Capital in the 21st century (2013) that having a top-notch CV is no longer a guarantee of success, because inherited wealth is almost as decisive today as it was when Honoré de Balzac documented the French struggle for status. social higher in Goriot (1835). In their academic study on inheritance and wealth, Pedro Salas-Rojo and Juan Gabriel Rodríguez conclude that inheritance currently accounts for “at least 60% of wealth inequality in Spain and the United States” and “more than 40% in Canada and Italy”. Each generation has some level of dependence on their ancestors, but political scientist Pablo Simón says: “The precarious situation caused by a dysfunctional labor market and welfare state problems means that fewer people will be able to achieve financial independence on income alone.

Perhaps that’s why some people like Curtis are uncomfortable with their inherited wealth and want to end the vicious cycle of inequality. Curtis belongs to Resource Generation, a “multiracial community of young people (18-35) with wealth and/or class privilege, based in the United States and committed to the equitable distribution of wealth, land and power”.

Resource Generation now has branches in the UK, Germany and Canada. These “class traitors,” as sociologist Raquel Sherman has dubbed them, are mostly young people who have rejected their inherited fortunes. “It’s culturally interesting and counter-intuitive because our society says hoarding money is good,” she says. Sherman told this newspaper that while the upper classes have always produced radicals, “this version is different because there’s an organization behind it.”

Resource Generation was founded in the 1990s, but peaked in 2021 when its membership grew 65% from 2019. The organization claims to have 1,200 dues-paying members in the United States alone. Its UK arm, Resource Justice, was founded in 2018 and has over 90 participants in its Praxis program to address individual relationships with money.

It’s not philanthropy, or at least not a typical form of altruistic giving. While the upper classes disdain to talk about money, these people talk a lot about it – the systems that allow the accumulation of wealth, the damage caused by great wealth, and the learned behaviors of wealthy people. Kristina Johansson, co-founder of Resource Justice, says the idea is “not to take advantage of loopholes, but to find ways to pay more taxes as wealthy people”. The idea is also to develop an unconditional charitable giving program. Another Resource Generation member, Susanna Penfield, told EL PAÍS that it is important “to avoid reproducing the power dynamic between those who have money and those who do not, and to facilitate self-determination of those who receive donated money”.

Penfield began to struggle with his inheritance of his grandfather’s estate fortune in the summer of 2020. “Until then, my grandfather’s inheritance was abstract to me, but when the protests over George Floyd took place, I began to feel that the fight against inequality needed support. white people with money. Feminist protests, racial equality, climate crisis, gender and sexuality issues, pandemic: all are cited by wealthy young people from liberal families at odds with their class privilege.

Before Londoner Stephanie Brobbey founded The Good Ancestor Movement in September 2021, she worked as a private wealth lawyer, developing strategies to protect assets and build wealth for future generations. She observed that her clients often paradoxically talked about philanthropy as a way to avoid taxes, while simultaneously investing in extractive industries, fossil fuels and the stock market. “It’s a system based on the exploitation and extraction of resources,” she says. His clients now include people whose fortunes were generated during apartheid-era South Africa and Nazi Germany, seeking to channel capital to communities harmed by those regimes.

Does guilt motivate these rich people to change the system? Penfield, who wrote his university thesis on the role of guilt in destructive cycles of privilege, says, “Guilt can be very productive. But that means not getting complacent – ​​get moving and start having conversations. Sherman thinks there’s a deeper problem. “These people have a political and moral objection to the system, and they don’t seek individual absolution. It is wrong to say that they are rich young people who feel bad and want to give something back to society. On the contrary, they are redefining what it means to act in their own interest. »

This type of self-interest is difficult to understand in a society where money is the only symbol of status, well-being and security. “Parents want security for their children, and it’s hard for rich people to realize that they might have enough money,” Sherman says. The conflict stems from different conceptions of security. It’s hard for Curtis’ family to understand his desire to part with an entire legacy. But for Curtis and his peers, hoarding money doesn’t necessarily lead to a better life. On the contrary, it represents an abyss of inequalities, social conflicts, insecurity and climate crisis. “We isolate ourselves from a sense of solidarity with the peoples of the world. And that separation is ultimately unhealthy for us,” Curtis says.