How to save money for a down payment, from investors who have done it 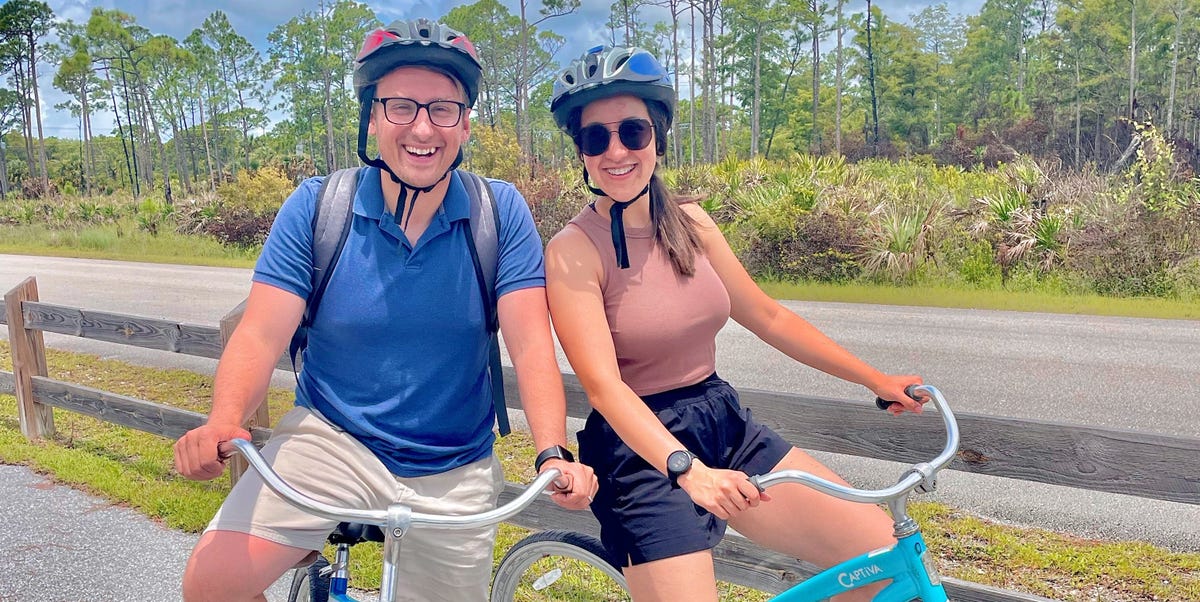 Buying real estate requires upfront money: In most cases, you need money for a down payment and closing costs. Plus, it’s a good idea to have an emergency fund for any maintenance issues or unexpected costs that may arise.

If you are in debt or have no savings, buying a property is not completely excluded. Many real estate investors Insider spoke with started out in the red or with no savings.

Here are three strategies successful investors have used to save enough money to afford their first home. The insider verified each investor’s claims regarding real estate ownership and debt repayment.

1. Set yourself a clear and specific goal

Sean Allen lived in the red for years before getting serious about his debt and investing in real estate.

The turning point for him came when he reflected on what he wanted his future to look like. His vision was clear – to create wealth through real estate – and to do that he needed to eliminate his high-interest debt and then save for a down payment.

“Sit and visualize,” advised Allen, who has paid off $81,000 in debt in 1.5 years, owns six properties in California and North Carolina and has amassed a net worth of more than $1 million. . “What do you really see yourself doing at 30, 40, or 50? Ask yourself if what you’re doing now aligns with that vision. Because every decision you make is going to take you closer to or further from that vision.”

Go further and create a vision board, he said. Next, write down specific goals that will help you turn your vision into reality. If you want to save enough money to pay a down payment on a home, determine exactly how much you’ll need based on home prices in your area. If you want to put 10% down on a $200,000 house, for example, that’s $20,000. Then set a goal for when you want to have that money. If you want to buy in a year, that means you need to save around $1,700 per month.

“I always had a written goal plan with a vision statement,” Allen said. “Goals get you to your vision, so write them down.”

Another step taken by Allen was controlling his spending.

He started by tracking his finances, he said: “I created a spreadsheet that tracks bills and income, so I could see where my money was going and how I could plan better.”

Tracking his expenses helped him better understand where he could cut spending. For example, after combing through his credit card statements, he found 28 recurring charges and whittled them down to the roughly 18 he really needed. Plus, he eliminated expensive travel habits: “I stopped splurging on plane tickets and took the Greyhound. I drove a dented car that had no rating. car with me, but it saved a lot of money.”

New York investors Ali and Josh Lupo, who also got into debt before buying their first property, say tracking their spending was incredibly revealing.

“A few years ago we thought we had a good idea of ​​what we were earning and spending, but when we started tracking it, we realized our numbers were completely wrong,” Josh said.

Once they understood where their money was going, they were able to implement lifestyle changes that allowed them to drastically reduce their expenses, Ali added: “It’s really important to have a good idea of : How much do I earn each month How much do I have What expenses do I have What assets do I have You want to know where your money is going so you can optimize it.

The more money you earn, the more you can save for your future home.

The majority of real estate investors Insider spoke with, including Allen and the Lupos, worked overtime at their day jobs or started a side hustle in order to reach their goals faster.

Allen revamped his resume business, Sean’s Resume Shop, which he launched in 2013, and earned certification as a career coach. He made up to $2,200 a month doing career coaching and helping people write resumes, he said. Moreover, he was still earning a salary from his full-time job.

He continued to coach even after paying off his debt. The extra money helped him expand his real estate portfolio.

Seattle-based investor Mike Newton, who had nothing to his name before putting together a 10-unit portfolio, worked overtime when saving for his first property.

“I was working 90 hours a week and saving every penny until I had the money I needed,” said Newton, who works full-time in law enforcement as a state trooper and SWAT team member.

The combination of increasing his income and living frugally saved him $30,000 in about six months, enough to cover the initial costs of his first home.

Dion McNeeley, who also resides and invests in Washington State, lived paycheck to paycheck for years before he could afford to invest in real estate. Through overtime and various side hustles, he saved $20,000 over two years to buy his first investment property. He now owns a property portfolio of 16 homes and considers himself financially independent.

Think beyond your day job, McNeeley encouraged: “The mistake a lot of people make is selling their lives one hour at a time and not realizing that you’re making a lot more money when you’re paid on the value you produce.”