India’s property sector, the 2nd largest employer after agriculture, is set to reach a new level of growth due to a strong regulatory environment that has weeded out unreliable developers and brokers, a senior industry official has said at Gulf Today.

“Strict regulation and supervision under the Real Estate (Regulation and Development) Act (RERA) has weeded out bad actors in the property market which is now clean and we are seeing a strong recovery in sales activity,” Harshvardhan Tibrewala, Managing Director of Roha Realty, said in an exclusive interview. 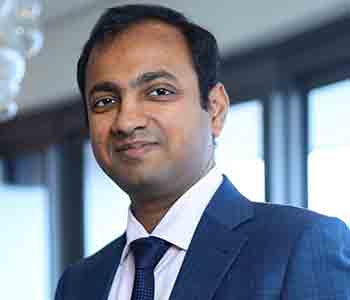 “The market is well regulated and investors’ money is under RERA watch in escrow accounts. So there is a renewed trust factor that is firmly in place. Non-Resident Indians (NRIs) can now invest in properties safely. However, there are a few things they need to consider, such as location, price, quality, and developer credentials. »

“According to ICRA estimates, Indian companies are expected to raise up to IR 3.5 trillion ($48 billion) through infrastructure and real estate investment trusts in 2022, up from IR 29 billion. dollars to date.

“Foreign investment in the commercial real estate sector amounted to $10.3 billion from 2017 to 2021. From February 2022, developers expect demand for office space in the SEZ increases after replacement of existing SEZ law.

The series of reforms started in 2014 have led to an increase in capital flows over the years. Of the total institutional investment of US$62.8 billion from 2006 to March 2022, 58% was received as of 2015, according to a recent report by global real estate adviser Jones Lang LaSalle.

“In addition to the direct investments noted above, investment platforms/joint ventures also announced commitments of US$19 billion at the end of the January-March (Q1) quarter 2022. While details of these investments remain private “, the increase in these platforms indicates more investment through these routes. The successful listing of three Real Estate Investment Trusts (REITs) is another step towards market maturity,” JLL said in a report.

Echoing the same, Shishir Baijal, Chairman and Managing Director of Knight Frank India said, “Over the past 8 to 10 quarters, it has been firmly established that there is strong latent demand in the residential sector, which, when supported by correct prices and sops, will convert to sales.

“Over the past few quarters, this has given a strong comeback to the once beleaguered sector. While some headwinds are facing the residential market with the geopolitical issues, high inflation leading to an increase in the repo rate and higher prices, demand remains strong, leading to a positive outlook for the sector.

In 2020, the manufacturing sector accounted for 24% of office space rentals at 5.7 million square feet. SMEs and manufacturers of electronic components leased the most between Pune, Chennai and Delhi NCR, followed by the automotive sector in Chennai, Ahmedabad and Pune, the IBEF said in its report. The 3PL, e-commerce and retail segments represent respectively 34%, 26% and 9% of office leases. Of total private equity investment in real estate in the fourth quarter of FY21, the office segment attracted 71% share, followed by retail at 15% and residential and warehousing at 7% each.

Roha Realty is the real estate arm of Mumbai-based diversified business conglomerate Roha Group, which carries a heritage of over five decades. The developer, whose development portfolio consists of eight delivered projects and nine projects under development with a total development portfolio exceeding three million square feet worth $200 million (Rs 15.9 billion , at the current exchange rate), has made a name for itself for delivering quality homes to customers. .

Harshvardhan Tibrewala is in Dubai to set up his company’s first overseas office to tap into the local market for NRIs. His team meets with real estate brokers based in the United Arab Emirates to secure home buyers. He says that the credibility of developers to ensure timely project delivery and quality will dictate a developer’s success and failure in the future.

A mid-sized property developer in Mumbai, India, Roha Realty has already been named “Mumbai’s Most Promising and Trusted Developer” at the Business Titans Awards held in Dubai.