Inflation is impacting mortgage rates, which are now at a high 6% 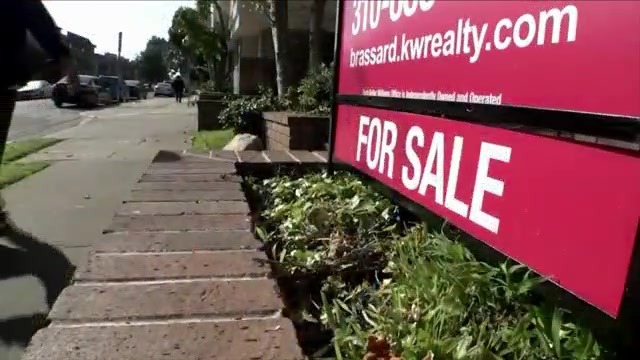 The recent actions of the Federal Reserve will tackle the inflation that is hitting the housing market to a large extent. Mortgage rates have reached levels not seen since 2008. This is affecting anyone considering buying a new home.

Rates have gone from 2.7% to over 6% now. This puts homebuyers under more pressure with higher payments. But real estate companies and local financial institutions believe the move will reduce overall long-term costs.

Local 4 News spoke with Mel Foster Co. Inc. and representatives from GreenState Credit Union. They still encourage those who can afford to buy homes, even at this interest rate.

GreenState Mortgage Manager Ryan Doehrmann said he has worked for GreenState since 2009 and has been in the mortgage industry for 20 years.

“It was crazy, but it was fun. It’s one of those industries that is hugely rewarding because you really make a difference for individuals and families,” he said.

Interest rates are at their highest for almost 15 years. But according to https://www.rocketmortgage.com/just 30 years ago rates were in the double digits and well above what we have seen in recent years.

“In the 1980s, it was double digits. But for our generation, 6% is astronomical,” Doehrmann said.

Doehrmann and local real estate firms such as Mel Foster say now is still a great time to buy a home.

“First of all, it must depend on their payment,” he said. “You must be able to afford your payment. The rates are therefore higher, but if you can afford it, buy anyway, because there will be refinancing opportunities that will arise.

“The interest rate must be fair at 30 years fixed to be fair at 6%. Although it’s different from what we’re used to seeing – that last stretch – it’s still a very good rate,” said Lynsey Engels, president of Mel Foster’s Brokerage.

“We have to be patient – ​​get over this – let the feds do their thing to bring inflation down. And I think we’ll see a better, healthier housing market when we get past that tough initial period,” he said.

So far the market has been stable and real estate companies are hoping it will stay that way.

“I think things are really strong here. In July, the average days on market in the region was 16 days,” Engels said. “Now through August and into September we are 19 days on the market. Our lot sales are still very strong, which tells me that there are still people out there not only for existing construction, but also for new construction.