Microsoft will bring Solitaire, Minesweeper and other games to Teams 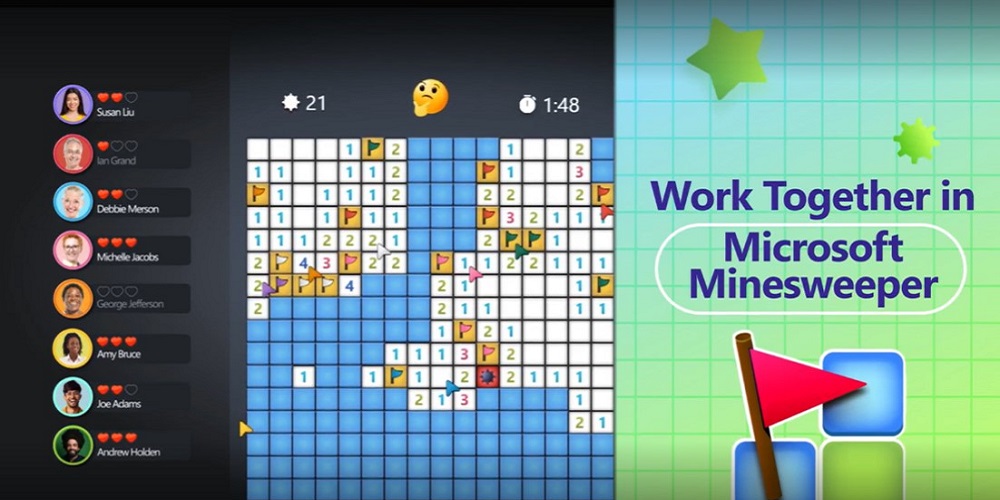 While distributed work can help organizations save on real estate costs and hire from a more diverse talent pool, it can sometimes make difficult for colleagues to connect and build relationships.

Platforms like Zoom and Microsoft Teams have been good for collaboration, but building teams and building closer relationships is still difficult. To inject a little more fun into meetings, Microsoft launches the Games for Work app, a new tool that enables distributed teams to play games in Microsoft Teams.

According to Microsoft, users can play Microsoft IceBreakers, Wordament, Minesweeper and Solitaire in fast-paced, interactive and multiplayer versions, supporting up to 150 players. Each game on the app is designed to emphasize a different element of team building, says the Redmond, Washington tech giant.

Jill Braff, general manager of integrations and casual games at Microsoft, says more than 3 billion people around the world play games, and games have been proven to help build relationships during the pandemic.

“Games foster creativity, collaboration and communication in powerful and unique ways, and we can’t wait to see how the Games for Work app on Microsoft Teams inspires productivity and helps foster connections in the workplace,” Braff said. said.

The Games for Work app is only available to Microsoft Teams Enterprise and Education customers. App performance and user feedback will influence the roadmap for casual gaming in Teams, Microsoft says. The teams current play policy remains unchanged until the pilot is complete, Microsoft adds in a blog post.

According to Microsoft, the Games for Work app fits right into the flow of the workday. Once added, coworkers can play games in Teams meetings, on desktop, and on mobile.

In addition to other team-building apps, Microsoft says other partner-powered apps will be available over the next calendar year.