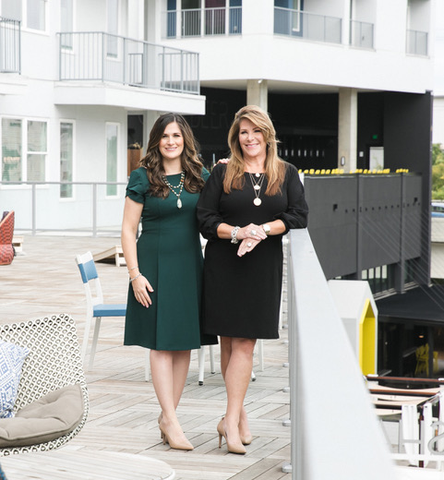 COVINGTON, Ga. – Rhiannon Townley says the training she received from her mother enabled her to successfully change careers and succeed in what has become a stressful time for real estate professionals.

Townley, 31, works as a freelance realtor under the ReMax Around Atlanta East agency in Conyers, owned by his mother, longtime realtor LeAnne Long.

Townley, a Covington resident and mother of a 2-year-old, changed careers in 2018 after more than five years as an elementary school teacher at Newton County schools, she said.

She followed her mother into the real estate business and never looked back – selling 30 homes in 2021.

“I owe my success to my mother,” she said.

Townley said they “bust each other” at times because the two are “very opinionated” and approach the business from different directions, but “for the most part we work well together,” she said.

Long, a Social Circle resident and veteran of more than a quarter century in Newton County and metro Atlanta real estate, said she raised Townley “to be a strong woman. “.

“Now that I’ve coached her so well, we have times when we have to agree to disagree,” Long said.

“I’m so proud of Rhiannon, and I would never let anything come between us; life is too short,” she said.

Townley remembers growing up going to open houses and on dates with his mother who worked the odd after-hours and weekend shift schedule of a real estate agent.

“I always tell people that we grew up with real estate kids,” Townley said. “We’ve heard the business and the jargon all our lives.”

She got her first taste of the business while assisting Long’s agency regular receptionist while a student at Newton High School.

However, she said she had no intention of being a real estate agent and instead worked as an art teacher before earning a Bachelor of Fine Arts in Art Education from UGA.

Townley taught third and fourth grades for more than five years at Newton County Schools during which she said she basically burned herself out on the job.

“I just took a leap of faith and went to join her as a licensed agent. It was more of an assistant role during my training.”

She eventually started working as a full-time agent at her mother’s agency and found success in a relatively short time.

“I don’t work for her anymore,” she said. “We don’t share customers.

“If I need help, she helps me. We brainstorm ideas. She’s more of a mentor role to me.”

She said the two have strong personalities and are sometimes at odds because they have “different views on how we want to run our business,” Townley said.

“The things she’s good at and the things I’m good at are two different things. I’m very analytical, very detail-oriented where she’s full of energy, she has a sales mindset. We work on each other and help each other in these areas.”

However, she is also somewhat of a competitor to her mother as they both work in an industry that has seen a dwindling supply and a boom in those working as real estate agents.

Townley said she never got to the point of “throwing her hands up” and ending their business relationship.

“Sometimes our personal lives come into the business. My daughter is his granddaughter and we’ll eventually talk about it…and I have to get back on track.”

“The funny thing now is that I learned so much from her. I know so much about the real estate industry now. It was all her training in these areas.

“She taught me how to do business. If you do what she says, you’ll be fine.”

Long said she knew Townley “would have to be on her own to be successful, stay relevant in real estate and not ride on my tails.”

“Now she’s part of my competition, and I couldn’t be prouder,” Long said.