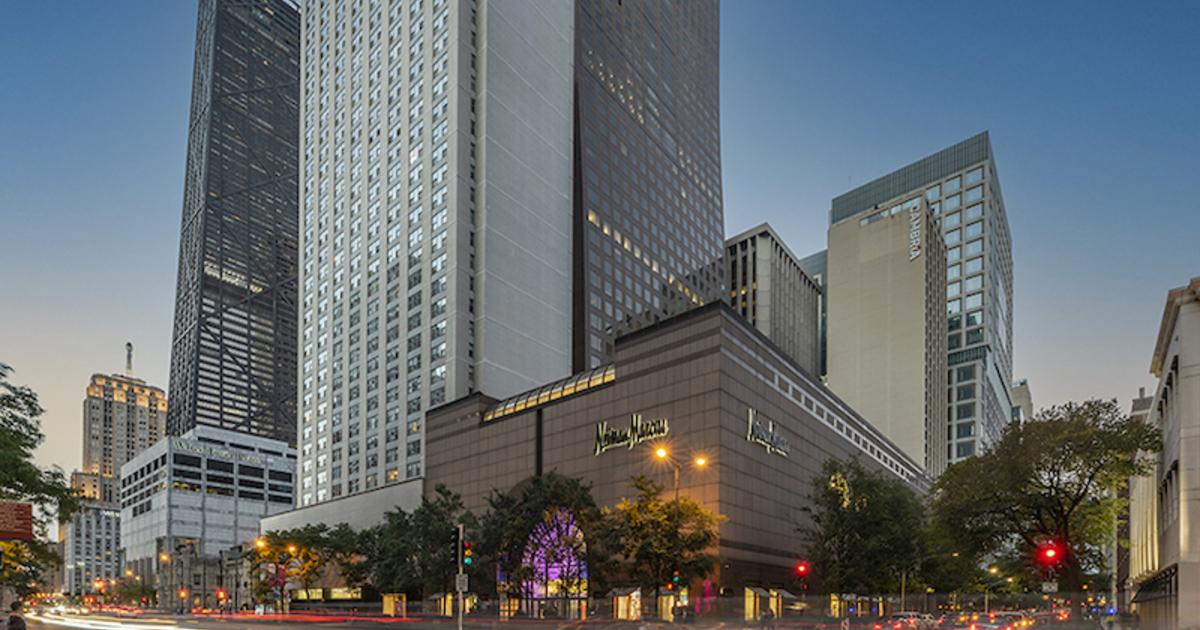 Neiman Marcus’ home since 1983, the four-story building went up for sale last fall, with some observers wondering if a developer would buy the property and clear it for a high-rise project. But Silvestri, a mall investor, is not a developer, and the structure of the deal and the language of JLL’s statement strongly suggests Silvestri is aiming to preserve the status quo.

“Neiman Marcus is one of only eight trades on Michigan Avenue over the past decade and was highly sought after by domestic and international capital due to the rare flagship offering on one of the most renowned high street corridors and most proven in the world,” JLL Managing Director Amy Sands said in the statement.

It is unclear what Silvestri paid for the property. Sands did not return a phone call, and a JLL spokeswoman declined to disclose the price. Representatives for Silvestri and UBS did not respond to requests for comment.

Silvestri does not own any other properties in Illinois, according to its website. Malls and other commercial properties in Texas and Florida make up the bulk of its portfolio.

The Magnificent Mile has become a risky location for commercial property investors in recent years, particularly since the COVID-19 pandemic swept through the city in 2020. Nearly a quarter of Mag Mile’s commercial space is vacant after the loss of chains such as Gap, Uniqlo and Macy’s. The owner of the Water Tower Place mall, just two blocks north of the Neiman Marcus store, recently turned over the property to its lender, and an investor in the Shops at North Bridge mall recently suffered a loss after transferring his interest in the property to his partner. .

But the Neiman Marcus store weathered the storm, according to a JLL marketing brochure for the property. Last fall, the Mag Mile store was the chain’s second most profitable location, and its year-to-date sales were 5% higher than the same period in 2019, according to the brochure. The store was on track to post sales of $123 million, or $629 per square foot, in 2021, the document said.

As the chain’s new owner, Silvestri will collect rent from Neiman Marcus, although it’s unclear how long is left on the retailer’s current lease, a major factor in the price Silvestri paid for the property. . Even in stormy markets, a property with a tenant locked into a long-term lease can be a relatively safe bet – and command a steep price – as the tenant is legally obligated to pay rent over the term of their contract. Investors will generally pay less if a lease is due to expire in the near future, to account for the risk of the tenant not renewing.

Silvestri acquired the Neiman Marcus property through a so-called 1031 exchange, a transaction that allows investors to defer capital gains taxes on the sale of a property if they reinvest the product in another. Buyers on 1031 exchanges will often reinvest their money rather conservatively, and almost never in risky real estate developments.

Silvestri also financed the acquisition with a seven-year loan, according to JLL, a hint that Neiman Marcus still has several years left on his lease. Few lenders would lend on a single-tenant property that extends beyond the term of the lease, wary of the risk that the tenant will not renew.

Cushman & Wakefield broker Greg Kirsch interpreted the sale as “good news for the avenue”, a sign that an anchor tenant will “return stability over time” to the Mag Mile. The loss of Macy’s at Water Tower Place last year and the closure of the Barney’s store at Oak and Rush Streets in 2019 have fueled speculation of other department store closures in the neighborhood. But Neiman Marcus likely got away with picking up customers who used to shop at Macy’s and Barney’s, Kirsch said.

“Even if sales are down overall, you lose some competitors,” said Kirsch, executive general manager of Cushman’s Chicago office. The real estate services company was not involved in this transaction.

But owning a department store has been a risky business for a while. The sector, which has been in decline for years, has suffered greatly during the pandemic. The Dallas-based Neiman Marcus Group restructured in Chapter 11 in 2020 and closed several major stores, but none here. But the chain is healthier today; its sales have rebounded over the past year. The company continues to operate stores in the Oakbrook Center and Northbrook Court shopping malls.

UBS, based in Hartford, Conn., had owned the Neiman Marcus store since 1998, paying $104 million for the property and offices in the adjacent Olympia Center tower, according to Cook County property records. In June 2020, UBS split the office and retail properties. UBS still owns the office space.