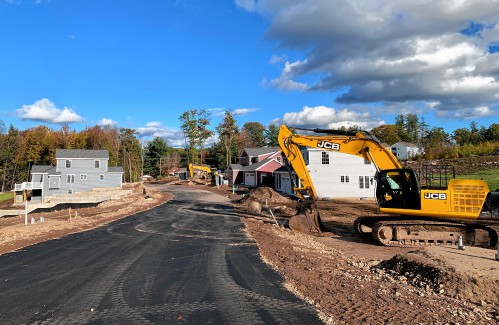 The housing situation in the state has become so dire that businesses almost have to be real estate agents for new hires, but easing the shortage may require communities to be forced to allow multi-family or more clustered housing, even if the locals don’t like it.

These were among the items that came up during an hour-long webinar on Thursday titled “What NH Business can do to help solve the housing crisis,” hosted by New Hampshire Business Review.

The half-dozen attendees were unanimous in lamenting the difficulty of finding housing of any type in many parts of the state and the difficulty for businesses to thrive.

“The (human resources) departments are almost adding a realtor function to their job,” said Michael Skelton, the new director of the New Hampshire Business and Industry Association. “A lot of discussions these days with (potential employees) come down to, ‘Do you have accommodation and can we help you sort this out, because we want to be able to hire you.’ ”

Possible solutions mentioned in the webinar ranged from companies asking a developer to build housing on land they own to trying to change mindsets in the local town or city about the need to allow more housing.

“Speaking up is really essential. Joining local land use councils or talking in the news about the importance of new housing as a real public good, a place that their workers need – that’s important,” said Rob Dapice, Director of NH Housing, a quasi-governmental agency that supports affordable housing.

Speakers were excited about some of the legislation underway, including SB400 which would create a “toolkit” for affordable housing, including state support and training for local land use councils which are often completed by volunteers with little experience in the field. They also welcomed Governor Chris Sununu’s announcement in his State of the State address shortly before the webinar that federal money would be used to create a $100 million affordable housing fund, although the details are scarce.

But some speakers said more aggressive action was needed to overcome local opposition.

“We have lots of carrots; we don’t have a lot of sticks,” said Darren Winham, director of economic development at Exeter. “We need sticks.”

Winham pointed to communities in the Seacoast region that have regulations such as two-acre minimum zoning and opposition to municipal sewers or water systems, making it almost impossible to build anything but a relatively small number of expensive single-family homes. “They want to see other people to solve the problem; they don’t want to solve the problem themselves,” he said.

Several speakers praised the Housing Appeal Board created by the legislature in 2020 to provide a faster and cheaper way to appeal decisions of local planning boards. The council has drawn criticism from those who believe it trumps local control and would be dissolved or reduced under several bills being considered by the legislature. Skelton said it is among the NHBIA’s “highest priority” to keep the appeal board operating as it does.

While New Hampshire has a law that requires communities to create a reasonable amount of “workforce housing,” Dapice said its effect is limited. “There’s a lot of confusion about what exactly compliance looks like.”

Opposition to group or multi-family housing often raises concerns that it will reduce the value of existing homes in the area. Dapice said overcoming this fear is a necessary step.

“Exeter is a great example of a place where people want to be,” he said. New homes “contribute to the vibrancy of the community and increase property values.”