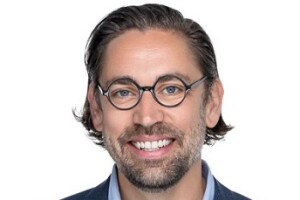 Geoff Milz joined Pennrose as director of development for the Ohio region. He will lead the execution and growth of the company’s development pipeline in the region and manage all aspects of the property development process from initial concept through construction and stabilized occupancy.

Grace Evans was named vice president of development in Nashville for The NRP Group, a leading developer, builder and manager of multi-family housing.

The company continues to expand its footprint in the Southeast, with a current pipeline of approximately 2,200 affordable and market-priced housing residences. In his new role, Evans will be responsible for initiating, directing and managing all aspects of suburban and urban affordable multifamily development in Greater Nashville, leveraging his previous finance and development experience.

Prior to joining NRP, Evans was a partner at Elmington Capital Group, where she was responsible for driving the due diligence, underwriting and financing processes for affordable multi-family properties using residential housing tax credits. low income (LIHTC) of 4% and 9%. Previously, Evans worked for nearly four years at Goldman Sachs as a property management analyst responsible for pricing a global portfolio of real estate acquisitions and subsequent asset management.

Ryan Zent has been appointed to lead the expanding development division of Overland Property Group.

He joins the company after working at The Michaels Organization from 2016 to 2021, where he was responsible for establishing and building the company’s portfolio in the Western region, specifically focusing on efforts expansion in Colorado and Texas. At The Michaels Organization, Zent oversaw the development or rehabilitation of over $200 million in affordable housing projects using both 4% and 9% LIHTC.

In addition, Amanda Klaus will be promoted to Head of Development, assisting Zent in managing and supervising the development team. Prior to joining OPG, Klaus was a paralegal for Illig Family Enterprise Co. in Leawood, Kansas, and was part of the real estate development practice group at Polsinelli in Kansas City, Missouri.

Earlier this year, Overland opened an office in downtown Denver to add to its two locations in Kansas. OPG’s 20-year corporate history has resulted in $850 million worth of developments in luxury, market-priced and affordable housing projects at more than 4,000 apartments in six states and a growing team of 18 people across the country.

Prior to joining the Beacon team, Cope served as Senior Manager, Rewards and Technology, at Wheelabrator Technologies for over four years. He brings over 25 years of HR experience in fintech, energy, biotechnology and manufacturing to his role at Beacon, where he will design, develop and implement a compensation strategy. to attract and retain a diverse and skilled workforce, and will continuously assess Beacon’s benefits programs for competitiveness, innovation and compliance.

McPartland recently joined Beacon from Pyramid Hotel Group, where he served as Director of Talent Acquisition for nearly 17 years. In his new role, he will be an HR leader and subject matter expert, building strong relationships with hiring managers and establishing the use of best practices to ensure Beacon identifies and hires the best talent available.

Beacon Communities, based in Boston, is a private real estate company that develops, acquires, invests and manages a wide range of multi-family housing.

Industry veteran Marc Dean has been tapped to serve as Head of Affordable Production at NewPoint Real Estate Capital, where he will be responsible for expanding the company’s growing affordable housing platform and providing landlords and developers with a suite of agencies, the Federal Housing Administration (FHA) and exclusive lending solutions for creating and preserving affordable housing nationwide.

Dean has nearly 40 years of experience providing investment banking and mortgage services to real estate companies, spending most of his career at affordable specialist Citi Community Capital (formerly Newman & Associates), where he started retirement in 2020 after 22 years as Managing Director. and production manager. During Dean’s tenure, Citi Community Capital became the nation’s largest affordable housing lender, closing $7 billion in lending volume in 2020. Prior to Citi, he held various positions at U.S. Bank, including head of the Western Region Public Finance Group.

In 2021, Dean completed a 3,611-mile two-rider transcontinental bike ride from Puget Sound to Chesapeake Bay that raised $15,000 for homeless veterans.

“Re-entering the affordable housing space was not a decision I made lightly – this was an opportunity where it was clear I could make a meaningful difference by connecting developers with new innovative ways to support their portfolios and the communities they serve,” Dean said.

Marc Dellonte joined Capital One’s Commercial Real Estate team as Vice President of FHA Production. As head of the company’s FHA platform, he will be responsible for expanding the team, developing new products and processes, and partnering with Capital One to generate new loan volumes.

Prior to joining Capital One, Dellonte worked for Berkadia Commercial Mortgage as a senior managing director, where he was responsible for training and leading the production office in Milwaukee, with a focus on the greater Midwest. Prior to joining Berkadia, Dellonte served as President and CEO of Love Funding Corp. for over a decade. Under his leadership, the company became one of the top 10 FHA lenders in the nation, closing more than 600 loans and growing the service portfolio from $700 million to nearly $4 billion.

Robert Radigan joined the law firm Squire Patton Boggs as an associate in public finance and infrastructure in New York. He has extensive experience in public funding projects, acting for a wide range of organisations, including housing authorities, government issuers and not-for-profit organizations such as hospitals, universities, schools and cultural facilities.

Radigan comes from Hawkins Delafield & Wood, where he was a partner in the tax department.