Set of residential projects for Burbank 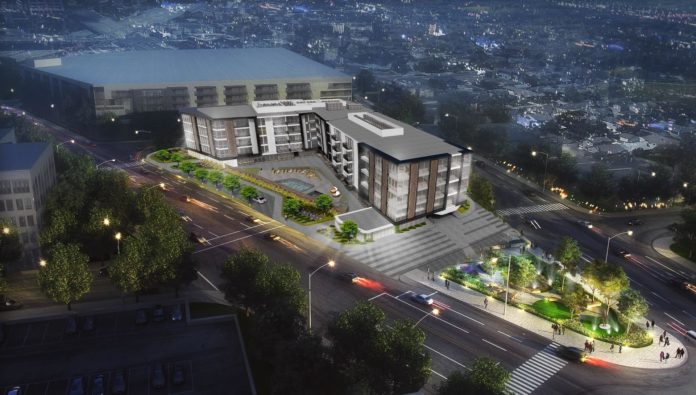 The project, located at 3201 W. Olive Ave., would see the construction of a mixed-use building comprising 144 apartments above 1,058 square feet of commercial space on the ground floor and two levels of underground parking. The apartments will be a mix of studio, one and two bedroom units, 15 of which will be set aside as affordable housing.

Downtown-based Wolcott Architecture is designing the proposed Bob Hope Center residential project, which has space along the south side of the building dedicated to a swimming pool and amenity deck. Part of the land will be converted into Bob Hope Park, a publicly accessible area with a statue of the iconic comedian of the same name in the center.

The project is located immediately east of Talaria, the mixed-use residential project launched in 2019 by Cusumano Real Estate Group, which includes a Whole Foods Market on the ground floor.

Worthe, based in Santa Monica, has several development sites in Burbank.
The company is behind the Warner Bros. Second Century designed by Frank Gehry – a redesign of the main Warner Bros. lot. – nearing completion east of the Bob Hope Center site.

Worthe has a $500 million soundstage and office complex in development at historic Warner Bros. property. Ranch. In a joint venture with Stockbridge, Worthe will transform the Ranch’s 32-acre lot in 2023. Warner Bros. will then reoccupy the lot in 2025 under a sale-leaseback agreement.