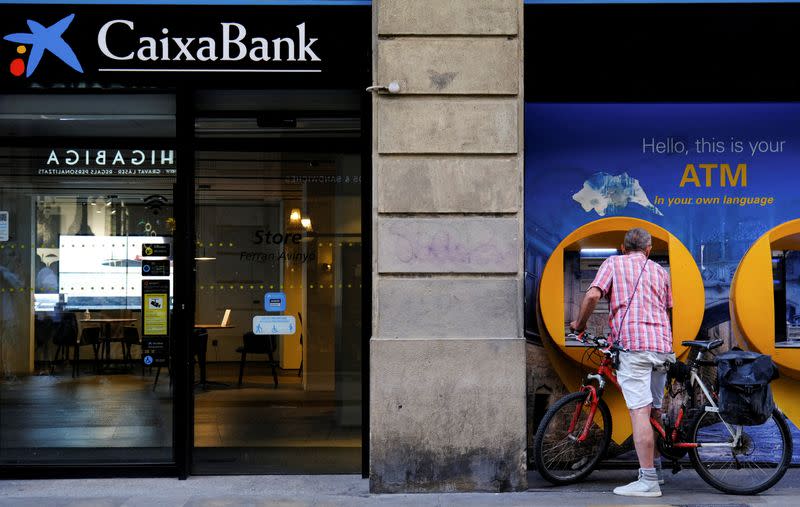 MADRID (Reuters) – Spanish lenders are willing to extend loan repayments for vulnerable households experiencing at least a 30% increase in variable mortgage costs, three sources with knowledge of the matter said on Wednesday.

The proposal is part of a wider package of measures to help exposed families cope with rising interest rates and rising costs of living that banks are discussing with the government.

“Households earning no more than 24,300 euros per year would be eligible for extended life mortgage repayments,” one of the sources said.

Eligible loans in the plan must be at least 40% of the family’s income, once rising interest rates are taken into account, the source said.

It’s unclear how many people can apply for such measures, but Patricia Suarez, head of consumer association Asufin, told Reuters that few would qualify for the income threshold.

The proposal put forward by the banking associations to the Spanish government would apply to variable rate mortgages signed from 2012 to finance the purchase of a first home, the source said.

The banking association AEB and the association of savings banks CECA declined to comment.

On Wednesday, Economy Minister Nadia Calvino said the government was working with lenders to provide relief measures in the face of rising interest rates, with “many proposals on the table” that needed to be analysed, but gave no further details.

Once the term of the mortgage is extended to the agreed final maturity, the outstanding loan would continue to be repaid in new installments, according to the proposal, one of the sources said, confirming a report by the EFE news agency.

The loan would also continue to bear interest at the appropriate rate.

“As this proposal stands, you might even end up paying more interest in the long run,” Suarez said.

The measures, which would be introduced in an amended industry-wide code of practice, would also reduce costs related to notary and registry fees and mortgage renewals.