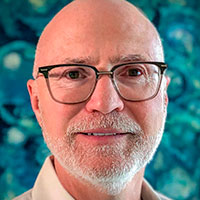 By Stewart Muir
and Margareta Dovgal

It had been evident for months that a global energy crisis was brewing. Then last Monday, just when we thought things couldn’t get any worse, Shell’s chief executive predicted that Europe was heading for a winter-long energy crisis, with consequences reverberating around the world.

The situation draws attention to humanity’s intensive dependence on energy. In the Financial Times, economics writer Philip Cogan said that despite a massive renewable energy generation program called energiewende, the share of fossil fuels in Germany’s primary energy supply has only fallen by around 84% in 2020 at 78% today. It’s the same story everywhere.

Even after all the international protocols and summits, global fossil fuel consumption grew by 45% in the first two decades of the 21st century, largely due to China’s economic growth.

If the technical challenges of converting to new forms of energy could be overcome, the capital investment required would be enormous. There is also an ongoing debate about whether new energy sources will be more efficient than old ones. In short, the economic impact of an attempt to go to net zero carbon emissions could be much greater than expected.

Could Canada offer some relief by sending its natural resources to Europe to avoid economic collapse? Alas, he’s too invested in the anti-oil narrative to be of any use.

The recent Trudeau-Scholz meeting in Canada produced nothing of near-term value, including no progress on the most effective thing Canada could do to challenge Russia’s hold over European gas consumers: a firm commitment to deliver LNG to Europe.

After the Russian invasion of Crimea in 2014, Canada received expert advice to get to work on LNG, as it takes many years to build these complex projects. A few attempts were made but came to nothing.

Today, LNG is an even more used gas product. Import facilities are multiplying around the world. Sellers have the upper hand right now. Under the current crisis conditions, it is said that a single cargo can be traded up to 200 million US dollars. When Prime Minister Justin Trudeau went so far as to question the business case for LNG last week, experts around the world were baffled.

Why would he make such a statement? A telling claim from anti-fossil fuel activists followed German Chancellor Olaf Scholz’s visit to Canadian shores.

“The fact that we haven’t seen any LNG deal [out of the meeting] is the result of a tireless mobilization of land defenders and civil society who have pushed for a rapid, far-sighted and climate-safe response to Europe’s energy needs,” said Caroline Brouillette of the Climate Action Network. Canada (CANC). “This mobilization will continue, so that this moment marks the beginning of a true just transition, rather than a superficial change.”

The bravado of this assertion comes across as delusional. It ignores the role of LNG as an explicitly green fuel under European Union rules. Yet it is entirely possible that this group cornered the Prime Minister.

A poll we conducted at Resource Works this spring showed that nearly half of BC residents believe fossil fuels will disappear from our energy system in 20 years or less. It’s an absurd belief if you consider the hard evidence, but (at least until our impending energy reality winter) has been a source of votes for political candidates taking the banner of radical energy transition.

CANC’s reference to the “tireless mobilization of land defenders” will resonate deeply with Canada’s First Nations who have been subjected to the sudden appearance of environmental pressure groups whenever an opportunity arises to weaponize Aboriginal concerns – usually legitimate ones that deserve attention – too often resulting in the loss of important economic benefits.

The Wet’suwet’en conflict – a story related to LNG across the country from last week’s unfortunate LNG encounter – is the best current example of how pre-existing issues that could be resolved by bargaining can be stoked into high-conflict media campaigns that polarize communities, even contributing to lateral violence between members of the same nations, clans and families.

Ottawa is currently abuzz with stories of how our European allies are beginning to panic about energy and implore Canada to do more. It must be incredibly frustrating as these countries face a humanitarian disaster this winter to see their pleas for help casually dismissed by politicians locked into radical political strategies, unable to recognize even the most basic truths about our energy needs. as a civilization.

The world could be on the brink of a deadly global famine. The Economist estimates that 250 million people are already at risk today, partly because of soaring energy costs, but also because of climate policies that might look good on paper. Sri Lanka’s disastrous decision to ban fertilizers began with an NGO article advising it to go into organic farming. Since the synthetic ammonia used in fertilizers comes from fossil fuels, if climate policy requires eliminating these fuels, less food will inevitably be grown.

In a world that has become increasingly interconnected, disruptions in one place cascade. Russia’s invasion of Ukraine leads to gas shortage in Germany, which becomes ammonia shortage in the United States, which becomes the trucking sector’s shortage of an essential ingredient to run diesel engines performing and respectful of the environment today.

As we enter the northern hemisphere’s colder season, the full weight of what many commentators are pointing out has yet to be recognized. Those who have watched the growth of an urban-rural divide for years will find cold comfort in this as it becomes apparent how completely detached our large DoorDash-powered cities are from the realities of how the world really works.

Canada has a role to play in resolving all of this globally.

Over the past few decades, Alberta’s mantra has been simple: “How can we meet the growing global demand for hydrocarbon products?” More than half a million Canadian jobs have been created extracting oil and gas from the ground, benefiting Alberta the most, but also contributing 5% of the Canadian economy and representing one-tenth of the combined value of publicly traded Canadian companies.

At the same time, climate change cannot be ignored. Alberta’s energy patch is leaner today, with a renewed determination to succeed in the new low-emissions world. Oil companies are getting into carbon management. Businesses, governments, small business owners, workers and First Nations with their own economic aspirations see the writing on the wall: only vastly improved environmental performance can continue this story.

Hydrogen is really a promising opportunity. (Resources Works is part of a team developing a project to produce green hydrogen at a competitive price using an innovative and proven process.) Canada to invest in clean technologies.

Capital formation for innovation and decarbonization requires real commercial viability and a supportive regulatory regime. Why would anyone invest in building these (speculative) things in Canada when we can’t even bring the existing goods to market? Why invest in Canada’s energy future when we can’t even trust the current possibilities?

A rules-based international regime only works on our behalf when we provide the commodities on which the world operates. If our strength in energy, agriculture, mining and forestry wanes, so does our greatest safeguard for the security, prosperity and well-being of the Canada.

A poor, weak and unimportant country cannot reduce its emissions, adapt to climate change, defend its borders or invest in health, education and reconciliation.

If you believe that an economically barren Canada has anything to offer the millionaires who park their fortunes in our residential real estate, you are sadly mistaken. Natural resources are not incidental to our exceptional quality of life: they are the foundation. They are the way to secure a future for Canada where we all prosper, fight climate change, develop high-impact science and technology exports, and make a better world possible.

Stewart Muir is Executive Director and Margareta Dovgal is Managing Director of Resource Works. A longer version of the article was first published on Resource works. Comment submitted by Macdonald Laurier Institute.

The opinions expressed by our columnists and contributors are their own and do not inherently or expressly reflect the views of our publication.

© Troy Media
Troy Media is an editorial content provider for news outlets and its own hosted community media across Canada.

Stewart Muir, Executive Director of Resource Works, is an award-winning historian and journalist passionate about British Columbia’s natural heritage. A graduate of Simon Fraser University and the University of British Columbia, he was a trustee of the Nature Trust of British Columbia from 2006 to 2014. During an internship at the renowned Center for the Study of European Expansion in University of Leiden in the Netherlands, he studied economic botany and the long-term consequences of deforestation and climate change.

Read more from the same author: