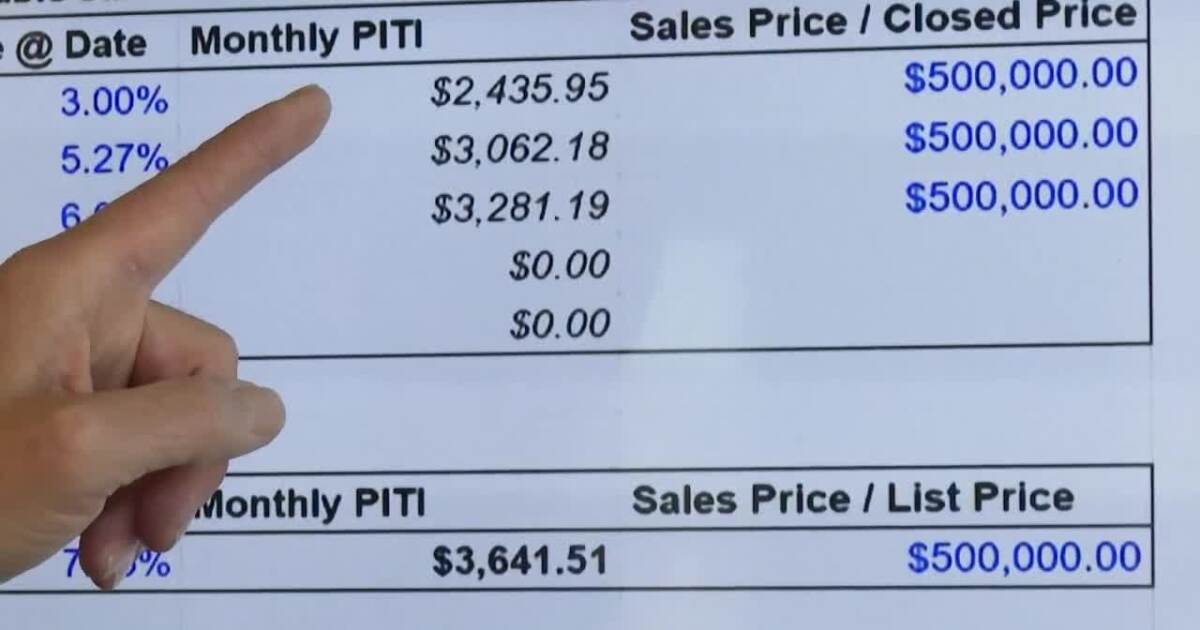 COLORADO SPRINGS – Mortgage rates have risen again. They are now at a 20-year high of just over seven percent.

“The market has never been static,” said Ed Behr, partner at The Platinum Group Realtors.

Behr has worked in the Colorado Springs real estate market for nearly four decades. He offered an honest perspective on the pros and cons of rising interest rates.

He ran the numbers on what rising interest rates did to monthly payments. The chart below shows interest rates at various key points in 2022. Next you see the payment amount with a $500,000 loan over 30 years.

From March to now, the increase is almost 12 hundred dollars.

“You only factor in the effects of inflation with how much you pay for groceries, gas, utilities, everything in life right now, I think that just makes people think, but it doesn’t is definitely not the time to panic,” Behr said.

“Right now, we’re seeing the average days on market is around 27 days. And it has gone up over the last three months really following the pattern of rates as rates have gone up,” Behr said.

This is a significant change from earlier in the year when homes sold out within a day or two.

This is where Behr sees benefits for buyers. Bidding wars are now rare, which means they have time to think about their decision better. Some sellers are also making price concessions to compensate for the new higher interest rates. Buyers are now in a better position to ask sellers to fix issues found during inspections.

“It just becomes a more balanced market and a stable market and a more normal rhythm,” Behr said, “And if you think about it, less than 30 days is always a good time frame.”

The rise in house prices has slowed considerably.

They are no longer increasing at the rapid rate of recent years. Behr does not expect any major price drops in the near future. And even if sellers have to make concessions on price, they’re probably still ahead financially.

“Because of the rapid appreciation we’ve had over the past two years, sellers are still making money. I mean, most of the time, so I think you have to put that into perspective. You may not earn as much as in the spring when rates were 3%. But you are still in a good financial position.
____