Underwater: Is the real estate industry waking up to “climate risk”? 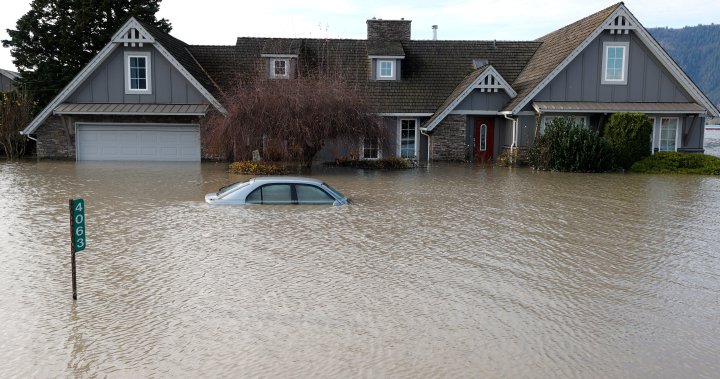 Perched above a harbor facing the bright lights of downtown Vancouver, a massive new residential development pushes the boundaries of what it means to be climate resilient.

The development, called North Harbour, is being built by developer Concert Properties in North Vancouver to a set of new standards that will mitigate sea level rise and storm surges.

The new requirement is for the project to be elevated 4.5 meters above sea level, well over a meter above the previous requirement. No mechanical building equipment will be installed below grade, which is the norm, to avoid flood damage.

“I think with this site we were really at the forefront of thinking about what the next chapter of sea level rise planning in British Columbia looks like,” said Michael Epp, Director planning for the City of North Vancouver.

The North Harbor project is a striking example of a paradigm shift in civic planning to make cities and communities more weather-resilient. The storm that swept through Atlantic Canada last weekend engulfed homes in its fury and was just the latest reminder of nature’s power to eat away coastlines in the blink of an eye.

Due to climate disasters, insurers, municipal governments, developers and ordinary Canadians are realizing the true cost of inaction.

A report released today by the Canadian Climate Institute concludes that the damage caused by climate change will reduce the economy by up to $25 billion each year. Then there are costs to health, employment and general well-being, all of which will suffer as “heat-induced productivity losses and premature deaths reduce the workforce”, according to the report. .

In other words, climate change affects not only the economy, but also our overall health and well-being.

For North Vancouver city planners, the floods that washed away much of Calgary in 2013 were their teachable moment. This forced them to rethink how to deal with rising waters and to anticipate climate scenarios until the end of the century.

But the sad reality, says Jesse Keenan, a real estate professor at Tulane University in New Orleans, is that it often takes disaster where you live for change to happen. The other problem is that the information that would otherwise help make better decisions is simply lacking.

“One thing we don’t know much about in Canada is the benefits of investing in flood mitigation,” says Jason Thistlethwaite, a climate adaptation expert at the University of Waterloo.

His research found that only 6% of residents who live in flood-prone areas know about it, and the majority, 81%, have not reviewed their local flood-prone maps.

“It’s hard to imagine a homeowner desperately looking for a home to prioritize something like flood risk over, say, a granite countertop or various appliances in their home,” he said. he declares.

But the importance of getting a clear picture of climate risks becomes just as obvious as a home inspection or an apartment sightline survey.

In the United States, at least $108 billion in property valuations are at risk of literally falling under water, according to Don Bain, senior adviser at Climate Central, a nonprofit organization that studies the impact of climate change on the people’s lives.

“By mid-century,” he concludes in a recent report, “more than 648,000 individual tax parcels, totaling up to 4.4 million acres, are expected to be at least partly below the level of relevant tidal limit”.

The world is beginning to realize that there is a financial and health cost associated with polluting the atmosphere with reckless abandon.

“We’re at a stage where capital markets are really starting to understand this as a risk,” says Spenser Robinson, professor of finance and real estate at Central Michigan University.

Major regulators like the U.S. Securities and Exchange Commission, he says, are proposing stricter disclosure laws so people understand the dangers associated with a range of financial products, including real estate.

But climate risk factors, says Robinson, have yet to trickle down to the general level of investors, and they need to.

To address this issue, some real estate companies are beginning to report climate risk, just as they do for walkability scores.

For example, realtor.com has started putting environmental risk scores on some of its real estate listings.

Then there’s artificial intelligence, which is used to assess climate impacts on property valuations.

Parag Khanna, an entrepreneur and author who has written extensively on migration, argues that a warming planet completely changes the calculus of where people choose to live.

His latest venture is an AI-powered platform — Climate Alpha — that makes cutting-edge predictions about real estate valuations based on climate risks and other factors.

Machine learning, Khanna says, can take into account a range of data points, from climate predictions to immigration patterns to land availability. This data can then be used to assess real estate prices in ways that financial data and models simply cannot compete with.

For example, new AI-based modeling tools can look at how house prices have risen or fallen in a given real estate market over a given time period, and calculate where those valuations will go in the coming years based on of various climates. risk calculations and migration patterns, says Khanna.

Retirees Joan and Rob Boras recently moved from Alberta to British Columbia’s Okanagan Valley and decided to build their home in the most environmentally friendly way possible. But part of their motivation was also to make sure their home was resilient, given the hotter summers and more intense wildfire seasons.

They didn’t need cutting-edge technology or fancy financial models to tell them to look climate change straight in the eye.

“You have to look, and when you look you have to think, ‘OK, what is this area prone to? What are the things that are going on? We knew it was fires here. You know that,'” says Joan, emphasizing that “we are by no means super rich.”

They did their homework and found a contractor who understood the mission. They deliberately chose a plot away from the edge of the forest and use a range of energy efficient and fire resistant products and technologies to reduce the impact of their home on the environment and make it more resilient.

Does your home or office hold the key to solving the climate crisis? Experts say yes

But this kind of cutting-edge innovation by ordinary homebuyers is still more of an exception than the rule. The information, however, is starting to trickle down to the average person, which means there will be more demand to build differently.

“The more information we get, the more response we see among buyers and sellers,” Keenan says.

“Going forward,” says Jason Thistlethwaite, “we’re going to be looking at municipalities that are known to be climate resilient, and their property values ​​will go up because people will want to live there.