Why do so many new water wells need to be drilled in Bears Ears? 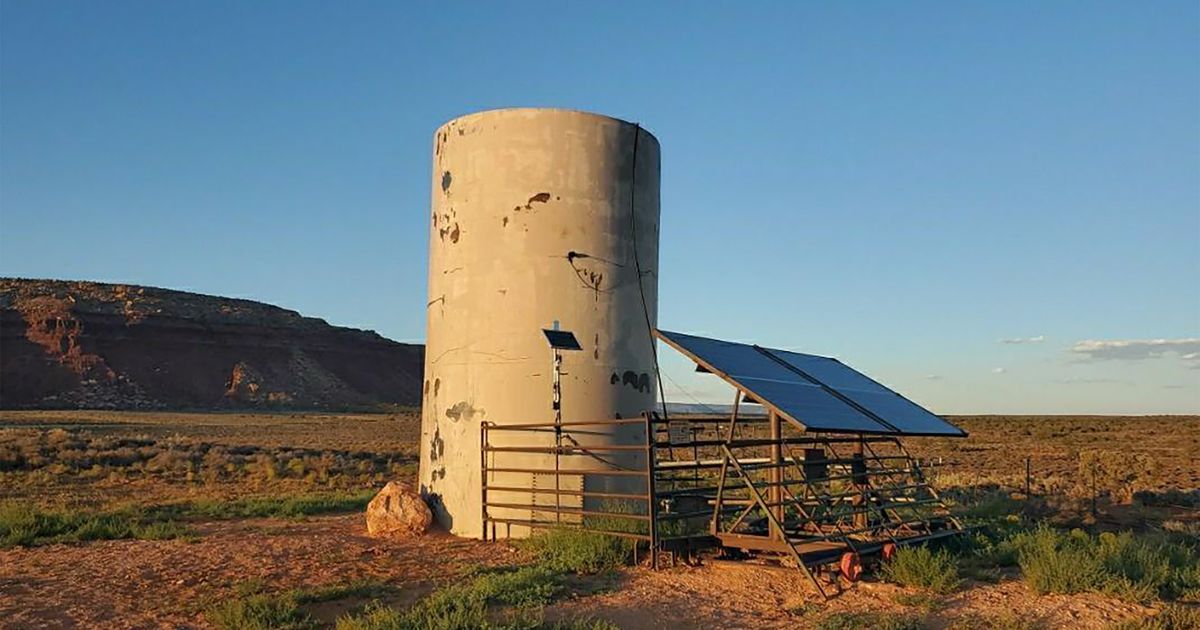 State and federal land managers are preparing to authorize dozens of water wells for the benefit of livestock grazing in or near Bear Ears National Monumentwhose water tables are already depleted due to persistent drought.

Water improvements are unremarkable on public lands, but environmentalists are frustrated that the Bureau of Land Management is considering new wells before the agency creates a landmark protected resource management plan, which include rare or endangered plant species, ancient Native American artifacts, and countless springs.

Environmental groups characterize the projects as a “water intake” away from natural systems and towards livestock. These wells could jeopardize these natural and cultural treasures, the very resources the monument is meant to protect, according to Judi Brawer, a field lawyer at the Southern Utah Wilderness Alliance (SUWA).

“They shouldn’t do any of this until they have a new management plan. New wells do not comply with the new proclamation [signed last October by President Joe Biden]”, Brawer said. “It should be up to the tribes, in conjunction with the BLM, where and if wells will be drilled and where and if livestock grazing will continue on those plots.”

SUWA and the other groups argue that the usual multiple-use mandate of the BLM is superseded by the designation of the monument, and the only uses permitted are those consistent with the protection of the objects and values ​​that the monument has been designated to protect.

At the request of five tribes with cultural ties to the mesas and canyons surrounding Bears Ears Buttes, President Barack Obama originally designated the monument in 2016 under a proclamation recognizing grazing as a historic use that would be permitted to stand. to chase. But livestock would still remain subject to management prescriptions aimed at protecting the artifacts and natural values ​​of the monument.

However, thanks to repeated reworking of the monument’s boundaries, a management plan has yet to be developed for Bears Ears’ current 1.35 million acre footprint.

The BLM and the Utah School and Institutional Trust Lands Administration (SITLA) say that the wells are necessary to better distribute the livestock on the pastures that cover the monument.

An environmental assessment covers six wells proposed by the TY Cattle Co. in the Red House area of ​​the Canyon Lake Subdivisionand another covers three wells proposed by rancher Kenneth Black in the Slickhorn attribution. The public has until June 24 to submit comments on these environmental assessments. The third EA covers a single proposed well that would supply 13 half-acre earthen reservoirs on the Dugout Ranch on the Indian Creek Subdivision.

Francisco Kjolseth | Salt Lake Tribune Utah rancher Heidi Redd operates the historic Dugout Ranch along Indian Creek under a conservation easement with the Nature Conservancy, May 9, 2017, in Bears Ears National Monument. Dugout is one of several ranches seeking to drill water wells on public and state lands to support cattle grazing inside the recently restored monument.

Currently, permit holders often haul water onto the beach because the existing water infrastructure can no longer provide adequate water, according to BLM environmental reviews. Drilled to a depth of 400 to 800 feet, these wells would serve these underserved areas, eliminating the need to haul water.

Two of the Slickhorn wells would be drilled at the sites of abandoned holes drilled for oil and gas exploration that were never recovered, according to the EA. Each would produce water at the rate of 4 gallons per minute per 100 cows over a 2 month period each grazing season, which runs from October to June.

These 10 BLM wells are just a portion of proposed water projects for land in and around Bears Ears. According to a database compiled by the Western Watersheds Project, no less than 46 wells are under study.

According to Laura Welp of Western Watersheds Project.

“Installing wells will direct livestock away from degraded areas to new water and they can take advantage of ungrazed forage,” said Welp, a former BLM staffer who worked at Grand Staircase-Escalante National Monument. “This is supposed to allow degraded areas to recover, but in practice you usually end up with two degraded sites in the development instead of one.”

A better way to improve the distribution of cattle in the compound is for herders to put more riders on the course to move the animals, she said.

But the BLM rejected that option.

“Water is essential for the survival of livestock, which makes additional horsemanship ineffective in distributing livestock to places that lack water, such as areas where water wells are proposed,” says the agency assessment.

(Grand Canyon Trust) Cattle graze in the Valley of the Gods, part of Bears Ears National Monument in southeastern Utah. Pastures cover much of the monument, where up to 40 new water wells are proposed to support the livestock industry.

The cost of these wells must be borne largely by Utah’s range improvement programs and the ranchers themselves. Most are offered by SITLA, which holds dozens of checkerboard sections inside the monument. SITLA is trying to exchange these assets for federal lands scattered around the state.

Trust lands are managed by the state to generate revenue for public schools. SITLA hopes to sell its Bears Ears holdings in exchange for land it can more easily monetize through mining or real estate development.

SITLA has coordinated with the BLM the location of its wells, according to Chris Fausett, deputy director of SITLA. So far, it has approved 23 wells, which are not subject to environmental assessments since they are not on federal land.

“Usually they drill a well. They installed a solar pump there, a small storage tank, and then a pipe leading to a water trough,” Fausett said. “It’s not a big footprint or anything like that.”

But environmentalists say it’s not enough to look at the potential surface impacts of these sinks. Their operation could disrupt groundwater hydrology, drawing water from springs or other wells and increasing grazing in places that cannot support it.

“If the wells are drilled, it will lead to further range degradation encouraging greater livestock use,” Welp said in an email. “It could also complicate grazing management later when the [state land] the transfer is complete. Once the wells are installed, it will be more difficult to decommission them and easier to maintain current stocking rates and pasture management. »